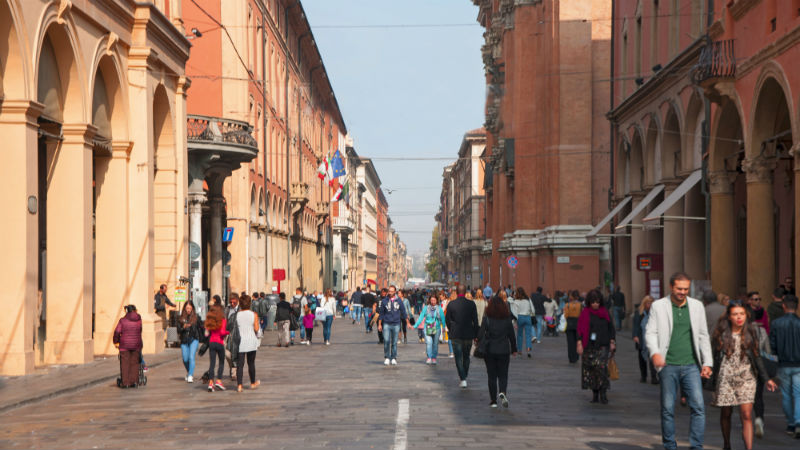 Visits: via Indipendenza every day without limitations.

What is via Indipendenza today, was traced between 1885 and 1890 along the Roman Maximus to connect the center of Bologna to the train station. It is one of the most popular streets of the city. Especially in the stretch that from the Arena del Sole Theater goes to the intersection between Rizzoli and Via Ugo Bassi. It is one of those streets where everything coexists: medieval and Renaissance buildings with fake antiques built in the nineteenth century. Luxury shops with stalls. The worlds of business and the frivolous one of shopping. 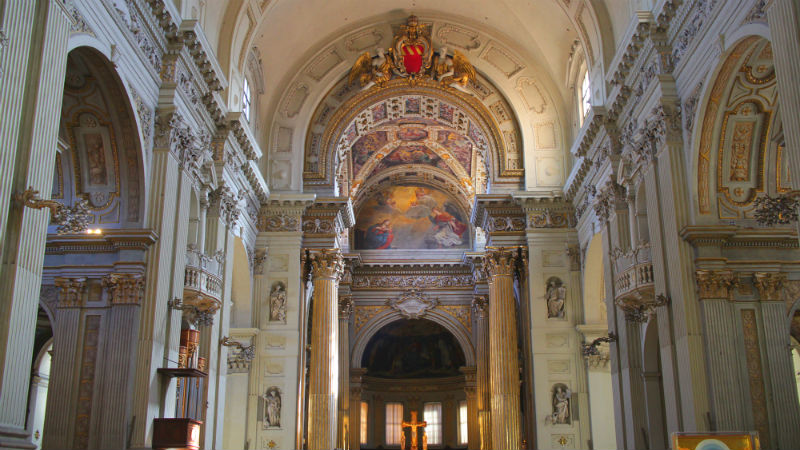 The Basilica of San Pietro attracts the faithful to the area, especially during the descent into the city of the Madonna di San Luca or at Christmas, when the adjacent streets are transformed into a multi ethnic market. In short, via Indipendenza is a pot-pourri of past and present, well represented by the Majani building, the delightful liberty building that is almost in front of San Pietro. Made in 1908 by Augusto Sezanne for chocolate makers Majani, once housed a Tea hall and a ballroom with the orchestra playing on the floral-style terrace.

Today the building is home to a clothing megastore. 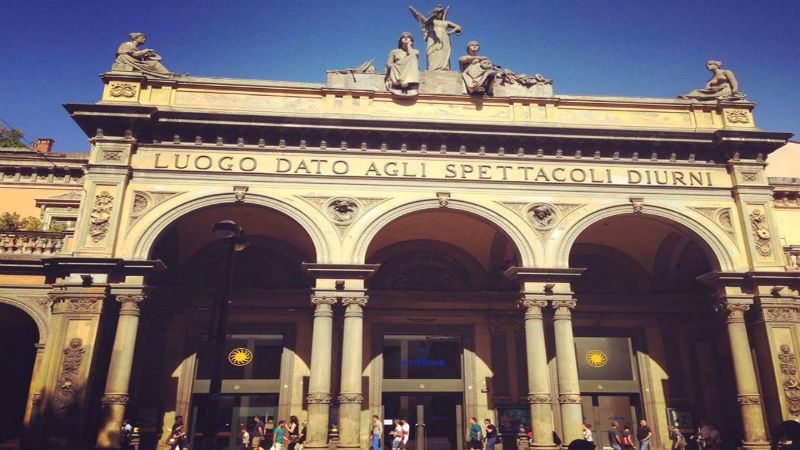 It was born in 1810 as an open-air theater and, therefore, the word on the pediment correctly reads: “Place given to daytime shows”. It was built with a view on Via Indipendenza. In front of the equestrian monument of Garibaldi.

The theater, conceived by Pietro Bonini, became immediately the most popular in Bologna. It happened thanks also to the strategic position close to the center and to the large town market of the Piazzola. All the greatest actors performed there. But in 1935 the interior of the theater was modified to adapt it to the new media, cinema, and so to project films as well. After subsequent renovations and upgrades, purchased by the City in 1984, Arena del Sole remains the city’s main theater with a rich season of performances.

For a time, during the renovations that took place between the eighties and nineties, the spaces of the former convent were occupied by a squatter group and became a social center.

The T, known to all the people of Bologna, is the crossroads of the streets in the heart of the historic center: via Indipendenza and, perpendicular to it, via Rizzoli and via Ugo Bassi.

T Days, on the other hand, are a fixed-term location, that is, they are the same streets on weekends and on public holidays when traffic is completely banned from them.

The T in T Days changes completely. The people leave the porticos and walk in the streets, which fill up with bar tables, gazebos, musicians, artists and various initiatives, from bicycle auctions to sporting events. On “ordinary” days, the T, even though it remains a restricted traffic zone, is flooded by public transport. On weekdays and especially in the early hours of the morning, it is only frequented by people who work, being an area mostly for offices, professional studios, banks and shops.