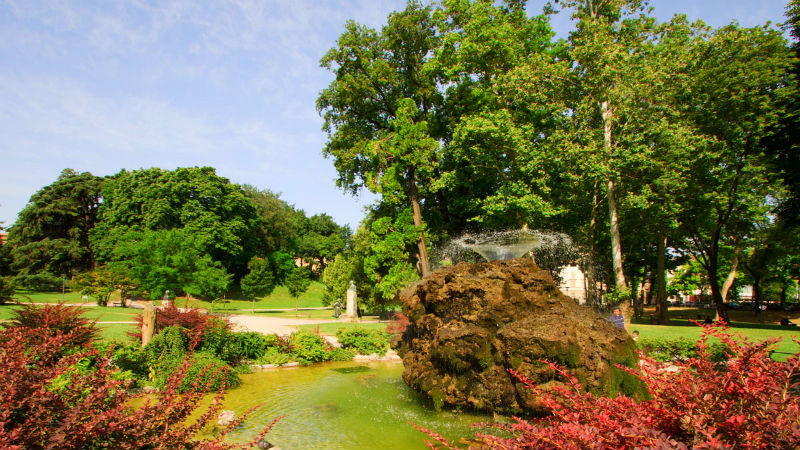 Opening hours: free entry from april to september from 6 to 24 and from october to march from 7 to 18

Giardini Margherita are the largest public park in Bologna.

Right on the doorstep of the historic center, it’s located at a 15-minute walk from piazza Santo Stefano. The park measures 26 hectares and is a splendid English-style romantic garden, suggestive thanks to the plants that dominate the interior and which line the path consisting of main and secondary boulevards. You will find a very nice artificial pond in the center of the park where you can stay for a relaxing break.

The gardens were built on the plan of Count of Sambuy, in an area bought by Count Angelo Tattini in 1874 and then sold to the council.

They were inaugurated five years later and were named after Queen Margaret. Another tribute to the Savoy, in this place, is the equestrian statue of Vittorio Emanuele II, which is at the entrance and once located in Piazza Maggiore.

Until the seventies of the last century, the city park also housed the fence with fallow deer and a cage with the lions, then transferred to a more comfortable environment. The wide avenues, made carriages, are now accessible by bicycle or foot.

Children in Bologna have been at least once to play with the pedal cars that have been a local attraction for at least three generations. Adults consider this one of the places where people from Bologna live all seasons of life. You can go for walks alone or with the dog, run, skate, make children play, rest in the sun, play basketball with friends, for a romantic appointment, read a book eat an ice-cream at the kiosk, have an aperitif with friends at the pond chalet, for a cultural or sporting event or have a relaxed time by yourself!