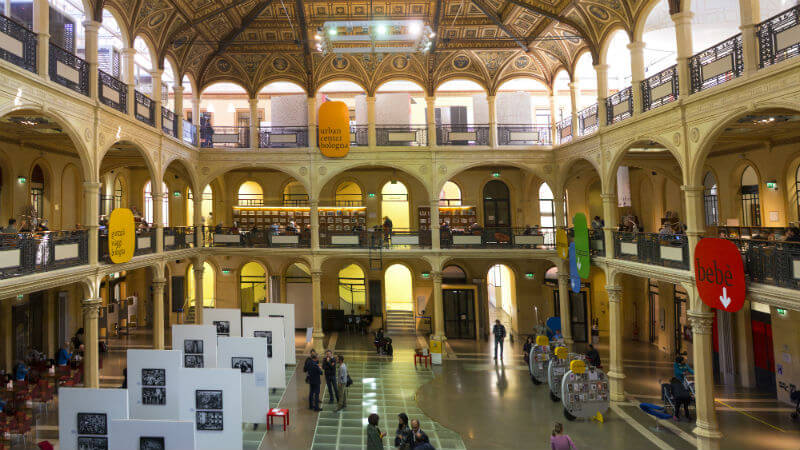 In front of the Neptune Fountain, in the former Salaborsa, a large multimedia library was created.

The recovery of the area and its transformation into a place of culture took place in 1999, within a larger renovation project called Urban Park of Piazza Maggiore.

The renovation respected the existing architectural layout. And the stratifications of the buildings that were formed over seven centuries of urban history.

Today, in the excavations visible under the crystal, Roman ruins are visible, perhaps pertinent to the Bononia forum.

There is a spot in Neptune’s square, next to the entrance to the library that won’t leave you indifferent.

There are hundreds of unknown faces, mostly young people, who look at us for eternity: they are the fallen partisans during the liberation struggle against the Nazi-fascist occupation between 1943-1944.

Many partisans were set against the wall of the former Sala Borsa and executed, in a very central place so that everyone could see them as a warning. After the liberation, on April 21, 1945, women built this memorial spontaneously and posted photos of their loved and lost on the wall.

The Partisans’ Memorial acquires meaning as time passes and the gazes of those photos will stare at us forever.

Click here to continue to visit bologna in one day