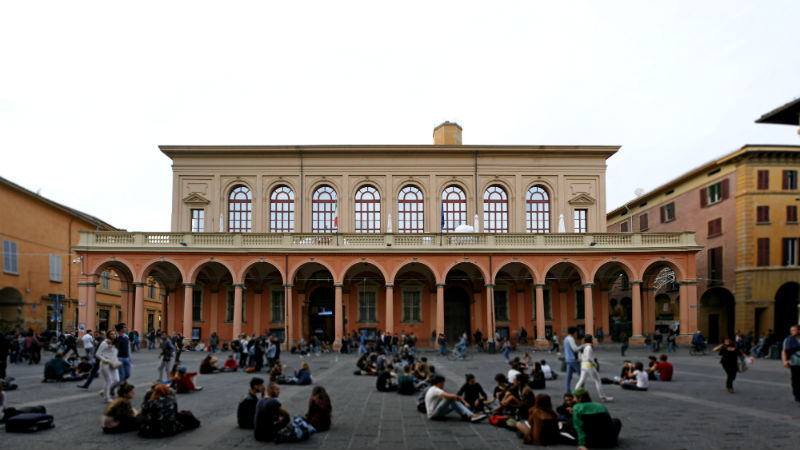 Built on a project by Antonio Galli, known as Bibiena, the Teatro Comunale of Bologna was inaugurated in 1763 with the opera “Il trionfo di Clelia” by Gluck on libretto by Pietro Metastasio.

The decision of building a new theatre, initially called Teatro Pubblico, was taken after a huge fire destroyed Teatro Malvezzi in 1745.

After the building was completed in 1763, with its façade on the current Piazza Verdi, interior works continued for much of the nineteenth century. The room was frescoed by Luigi Samoggia and Luigi Busi, while the vault is the work of Pietro Fancelli and Mauro Berti. The inclined plane of the stalls was made by architect Giuseppe Tubertini around 1820.

In 1931 a fire completely destroyed the stage, which was completely reconstructed and in the same year a serious political gesture took place.

The master Toscanini was slapped for refusing to perform the fascist hymns . After that, he decided to leave Italy.

Among the records of the Teatro Comunale of Bologna, which still hosts rich opera and ballet seasons, it was the first to represent a work by Wagner, Lohengrin.