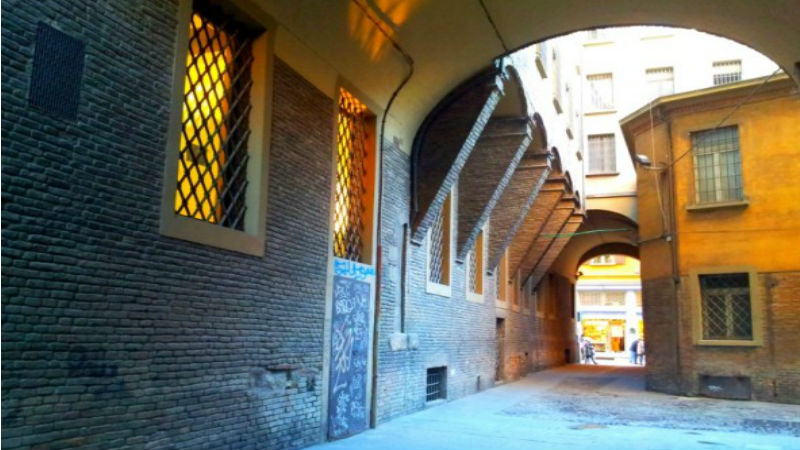 The Jewish ghetto of Bologna: the absence of traffic in the narrow streets and the careful restoration of the buildings gives this area the characteristic medieval flavor. The urban layout has remained the typical one of the ancient Ghetto. Houses very close to each other, separated by lanes, covered balconies and decks, small windows and many doors facing the streets, some of which are false entrances to distract from the real ones in a more hidden position.

Jews were separated from the rest of the population in 1555, by the will of Pope Paul IV. They were confined to a neighborhood with guarded entrances which were closed at sunset. One of the accesses is well distinguishable today: the archway from via del Carro to via Zamboni.

Jews lived in the Ghetto until 1569, when they were expelled from the city of Bologna. They were allowed to return in 1586 but were again expelled in 1593. For over two hundred years organized Jewish groups could not live in Bologna. In the past, the area was very lively by the presence of merchants and bankers, and today it is full of high-quality handicraft shops. A very particular neighborhood.